This article was originally posted on Patheos: The Agora

Greetings, and welcome back to Wyrd Words. Keeping the Thor in Thursdays, every other week here on Agora!

Mr. Burley does a fantastic job of explaining some of the origins of the racialist ideologies within Asatru and if you’re in the mood for digging into history and a highly instructive bibliography I highly recommend this piece. Unfortunately, well constructed and scholarly articles like this one often seem to inspire the less luminous bulbs among our number to jump up and respond to the headline without ever actually reading the article. So when I share articles like this one on Huginn’s Heathen Hof, my Facebook page ends up flooded with comments like these: 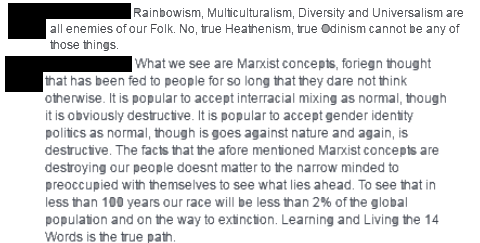 I hear this kind of thing all the time on this blog’s Facebook Page. This bizarre idea that inclusive ideologies are somehow foreign to Heathenry, and that those that promote these values are ‘un-Heathen’. Honestly, it’s a great way to flush the trolls out of the woodwork from time to time, but one can’t help but tire of the same ridiculous claims being made over and over again. Later comments went on to even accuse me of purposefully polluting Heathenry with these foreign ideologies, and sadly that too is hardly uncommon. Well dear commenter, (who shall for the moment remain nameless) allow me to first congratulate you on completely proving Burley’s point!

I have a hard time believing this is still even a question, but if you’re truly convinced that interracial unions are some kind of foreign pollutant in the waters of your lily-white Heathenry then I’m afraid I have some bad news for you. Not only were the ancient Nordic tribes completely okay with marrying non-white ‘foreigners’, at the time when the vikings were sailing all over the world there was no such thing as any kind of ‘white race’. If you had told a Scandinavian farmer and a mainland Celt that they shared some kind of common ethnicity, both would have looked at you like you were insane.

Even before the Viking era, Europe was not some kind of homogeneous pale-skinned continent. You’re talking about a region that goes from near the northern ice cap down to the Mediterranean. There was no pan-European culture, ethnicity, or language. Europe was a pretty diverse place with skin tones and language groups ranging all over the spectrum. It was made up of hundreds of tiny tribes and feudal powers that (more often than not) wanted to kill each other for land. The Lore even makes mention of these kinds of perceived differences between populations on a number of occasions. Icelandic sources sometimes describe the Danes (who were also followers of the Aesir and the Vanir) as being particularly swarthy skinned and dark haired. Despite their cultural connections, they were still seen as ‘other’.

The Sturlunga Saga details the story of the Heljarskinn (Black-Skin) brothers, so named for their dark complexion. Now in a modern context most westerners interpret ‘black’ as synonymous with ‘African’, but in all likelihood the sons of King Hjør were likely of Danish or Iberian decent. (Though there’s a theory with some decent supporting genetic evidence that he may have been half Mongolian, as the territory where his mother came from is actually in modern day Siberia.) When one comes from the land of ice and snow, even olive skin looks remarkably dark. If that wasn’t enough to completely destroy this ridiculous notion of racial purity within Heathenry, how about the recent studies tracing Native American mitochondrial DNA discovered within modern Icelandic citizens?

“As further evidence, [Helgarson] noted that—though the Icelanders share a distinct version of the variation—at least one lineage’s variation has mutated in a way that would likely have taken centuries to occur, the researchers say. This unique signature suggests that, in Helgason’s words, the Native American DNA arrived in Iceland at least “several hundred years” before 1700.” -National Geographic

These are just the more scientifically verifiable claims. If you wanted to include historical narratives and anecdotes, you’d find yourself amidst a flood of stories staring young men sailing off to parts unknown to find a bride, or having children with thralls brought in from around the world. So not only were interracial unions not taboo, they were common enough to be included in the legends and Lore of the culture Heathens are supposedly trying to reconstruct. These people would not have recognized the very concept of a ‘white race’, much less cared about its non-existent purity.

This one is honestly the easiest of the claims to debunk, as evidence is both copious and easy to find. The archaeological record doesn’t lie. The travelers and ‘Vikings’ of Northern Europe were very fond of trading with cultures around the world; everywhere from the New World to the Middle East. They knew of Muslims, and had no issues whatsoever with doing business with them. The oft cited Varangian Guard chose to live and serve in Constantinople under a Christian emperor. Four hundred years later they were still there when the city became the hub of the Ottoman Empire, and remained there even when the city became predominantly Islamic. These were people who were obviously completely comfortable interacting  with other cultures. The Lore itself is FILLED with advice that today would be called ‘multicultural awareness/education’. You don’t even have to go digging too far for it, it’s right in the Hávamál.

Like that time when Odin said that the unwise should stay at home:

The traveler should keep their wits sharp
the unwise should stay at home.
Those who know nothing,
and sit among the wise
will become a laughing stock.
-Hávamál: Stanza 5

Or when he explained that those seeking wisdom should learn from others beyond their borders:

The man who explores
the world beyond his village
will better understand
the motivations of others
-Hávamál: Stanza 18

Or when he said that wisdom is born of the exchange of ideas, and that insular silence breeds ignorance:

One log takes fire
from another
until it is consumed.
Fire kindles from fire
People gain wisdom
by speaking to other people
and foolishness is born
of silence
–Hávamál: Stanza 57

The Lore makes a pretty clear case here; not just for tolerating the existence of others, but for actively learning from them. Welcome to Multiculturalism 101. In case you didn’t know, that’s what the term actually means. Not only is this idea entirely native to Heathenry, it’s a core part of the philosophy. Odin drills this lesson time and again throughout the Lore. Specifically, in one of the most well known and commonly quoted pieces of our literature. So if someone’s really going to insist that a Multicultural mindset is foreign to Heathenry then I have to assume they are either blind, illiterate, or just willfully ignorant. If you’re a Reconstructionist Heathen who’s concerned about foreign influences on our traditions, I encourage you to research these notions of racial purity and insular tribalism; because THOSE are foreign to Heathenry. That is what’s muddying the great river of our traditions, and supplanting our native philosophies. If you want to know where they came from and how they got there, I firmly recommend going back to the top of this page and actually reading Shane Burley’s article. 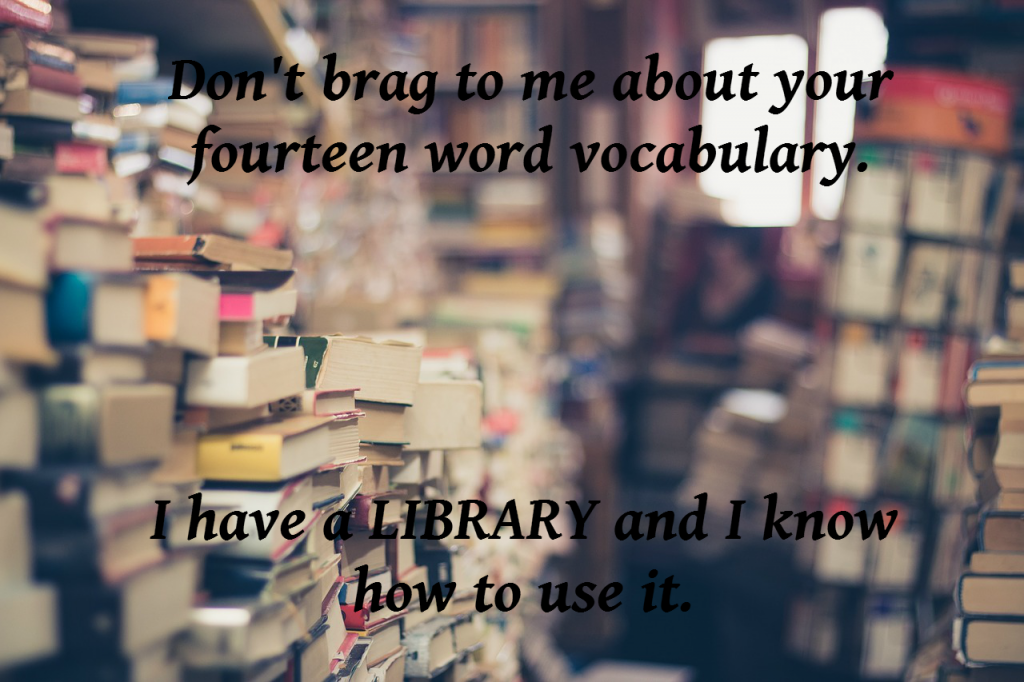 [Author’s Note: For those of you wondering about the topic of Sexuality as mentioned by the commenter above I strongly recommend reading Cara Freyasdaughter’s: “Sex, Love, and Beauty in Viking Age Culture”. That topic honestly deserves to be an article all on it’s own and Cara tackles it beautifully!

Note 2: For those unfamiliar with “The Fourteen Words”, it’s a white supremacist slogan.]

Xander is a student of Anthropology, and a general history nerd. He focuses on studying Heathen Lore and reconstructing the fragments of the ancient traditions, in order to see how they can be applied to a modern community of believers.
By Xander