The foundation of any Heathen’s spiritual practice is the giving of gifts. Heathens back in the day (as well as Heathens today) understood that a constant exchange of gifts was required in order to grow our relationships with the Gods, ancestors, and land spirits. For example, we can offer to Thor a round of hails and a rich, dark beer, and in return he sends us rain for our crops, or courage in a tough situation, or helps us out in some other way. A gift begets a gift, back and forth, and so a relationships is grown. In the Germanic world, that is the way things work.

The question often arises, though, as to which gift is most appropriate for a given deity or situation. This article will offer suggestions for gifts for several of the Aesir gods, based on the examples in the Lore and recommendations from modern worshipers. My general rule of thumb for appropriate offerings is that anything that you yourself value will also be valued by the Gods. If it is something that you worked hard to create, or earn, or if it is just something that you really enjoy and rather keep for yourself, then giving it up is a sacrifice.

No offering is too small. At no point in the Lore do we ever hear of the Gods turning down Sven Svensson’s humble offering of brown bread and a small mug of ale. If that is all that Sven has to offer, and he has worked hard to earn it, and it is given freely, then it is a worthy offering. As the Havamal states,

10, Not great things alone must one give to another,
praise oft is earned for nought;
with half a loaf and a tilted bowl
I have found me many a friend.

The below list is meant to help get Heathens started; it isn’t meant to be exhaustive or prescriptive. Please feel free to share your own suggestions in the comments section. 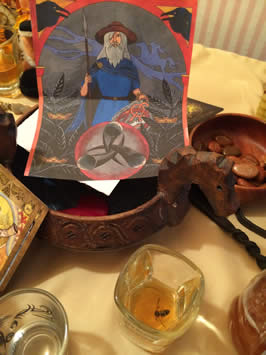 Sometimes Odin claims his own sacrifices! Photo by author.

The All-Father is the head god of the Norse pantheon, especially in modern times, and it is best to treat Him as such. Offer the best of whatever drink or meat you have access to, even going so far as to “make a statement” with the generosity of your offering. (This is not always necessary, but I believe, and have been told by others, that this is always noted and appreciated.)
Odin has gained somewhat of a reputation among modern Heathens (based in no small part on His actions throughout the Lore) of being a God who takes what He wants rather than what you’re comfortable giving Him. Odin is not a “safe god”, despite all of his charm. I’ll leave you the tale of the death of Norse King Vikarr as a warning.

Foods to offer: Large cuts of meat. A large steak (served rare and bloody) or a nice pork roast, for example. Smoked salmon and pickled herring on rye bread or rye crisps. “Spear-foods” such as asparagus, leeks, and garlic (“spear-leek”). Perhaps an ideal Odin meal would be a large prime rib with an au jus made from its drippings, and plenty of “spear”ish side dishes.
Drinks to offer: Snorri states in the Gylfaginning that Odin only drinks red wine, possibly alluding to his role as Chooser of the Slain; but in my experience he appreciates many other liquors as well. Mead is an extremely appropriate libation for him (if you can get it, offering Viking’s Blood mead covers both the “blood” color AND the mead flavor). He also enjoys rum and expensive whiskeys. (He’s always been happy with the Honey Jack whiskey that I offer him, I think because the honey taste is reminiscent of mead.)
Other offerings: Odin is god of poetry, so writing some of your own can be a great offering for him. Acts of courage in battle (any type of battles) can be dedicated to him. Any hunt for knowledge that requires much effort and willpower on your part (earning a doctorate degree or passing an AP Calculus class can both be extremely challenging, for example, depending on your individual abilities and resources). Learning the runes and creating your own set of them. Making an oath and following through on it. Dedicating yourself to Him (though this should only be undertaken with much forethought and His blessing, IMHO.)

The All-Mother flourishes in the domestic sphere—motherhood, hearth, and home are her primary areas of concern. As a true mother (and match for Odin), She knows all, but may decide not to tell you any of it.

Food: The less “sweet” of the sweet spices–cardamom and allspice, on cardamom-sugar rolls, for example. Savory and hearty meals such as stews, roasts, and savory porridge. Any food that is warm and comforting.
Drink: Sweet white wines; plum wine or sake; milks (both dairy and nut).
Other offerings: Hand-spun fibers of any kind; anything to do with spinning or weaving. Frigga, like Holda, is notorious for instigating house cleaning and organizing projects. Any housework will make a great offering for her, as well as babysitting or other acts of “tending to the family”. As Frigga’s Hall, Fensalir, is located in a marsh, marsh birds feathers and pictures  also make great offerings. 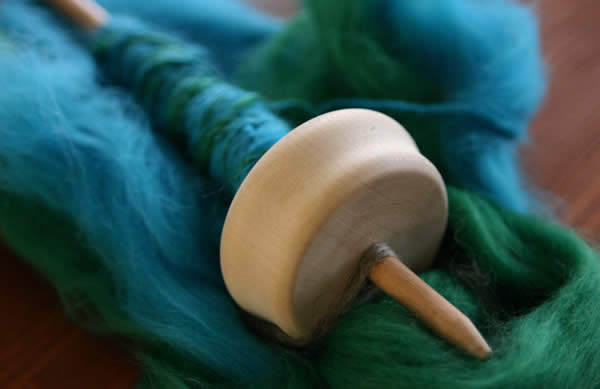 An offering for Frigga – by Angela Montillon – originally posted to Flickr as erste Spinnversuche, CC BY 2.0 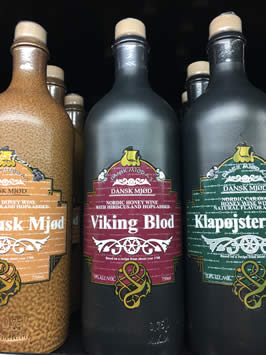 Viking’s Blood mead, made from a 300-year-old recipe. Photo by author.

Thor, defender of Midgard and god of the common man (god of the 99%, you could say) has an arguably larger and less refined palate than his father, Odin. If you end up having to choose between offerings for Him, my suggestion is to err on the side of quantity over quality.

Food: Goat, pork, or other meat in large quantities. Salmon and pickled herring. Large cookies.
Drink: Stout or other dark beers (Gulden Draak is a favorite). Goat’s milk. Mead.
Other offerings: Tools of all kinds, including those currently in use; blacksmith’s tools; manual labor. Weapons, and all acts of protection for the ones you love. Anything that’s been struck by lightning. Also, defending others . And, as one Thorswoman of my acquaintance delicately put it, “Getting off your butt and helping out in the community.”

Heimdall is not only the guardian of the Rainbow Bridge into Asgard. He is also the father of humankind and has brought many gifts to us, including knowledge of the runes. (Odin won them, but Heimdall gave them to us humans.) He is a watchful god who must always been awake and on guard, hence His preferred choice of beverages.

Food: Lamb and mutton (Heimdall’s animal is the ram). Also, as with most of the Gods, pork works as well.
Drink: Coffee and other caffeinated drinks–Red Bull, Monster, strong black tea. Also, mead.
Other offerings: Doing any of these things in his name: Teaching or mentoring others. Guiding students through a project. Retrieving lost items. Protecting boundaries. Guarding the way. 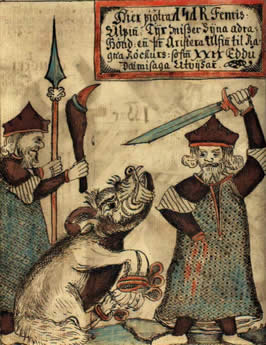 Tyr, who sacrificed his hand to help bind the wolf Fenris, does not appear in modern days to be as “up close and personal” as many of the other Norse deities profiled so far. When I spoke with several Tyrsmen about this, they described Him as being a guiding light or an ideal that they strive for: “What would Tyr do?” Still, Tyr does appreciate being honored, and they did have a few suggestions for His preferred offerings.

Food: Nice cuts of beef and pork.
Drink: Strong red wine or port. Guinness or another rich, dark ale.
Other Offerings: Keeping oaths. Choosing an action that is fair and just over what is convenient and easy. Making a sacrifice to help the greater good. Upholding the laws.

Idunna, wife of Bragi, the god of poetry and storytelling, tends the Apples of Immortality and offers a great treasure to the Gods as well as to us mortals. (The Norse gods are not technically “immortal”; however, with Idunna’s help, they are very long-lived. ) In my work with Her, have always found Her to be generous and loving. If you find yourself in a depressive funk, you can turn to Her, and She can offer some of Her life-giving essence to help guide back to the land of the living.

Food: Apples, apple pie, apple donuts, applesauce…, etc. (You can also offer pears or other fruits; the old Norse word epli actually meant any kind of fruit or nut.)
Drink: Apple or pear ciders, alcoholic or non-. Fruit nectars.
Other offerings: Any other apple or fruit product. Poems or songs in Her honor. Also, the act of taking care of yourself (in whatever way is most appropriate to you) can be an offering to Her–for example, keeping up with necessary doctors’ appointments and medications, working out, or eating healthy. 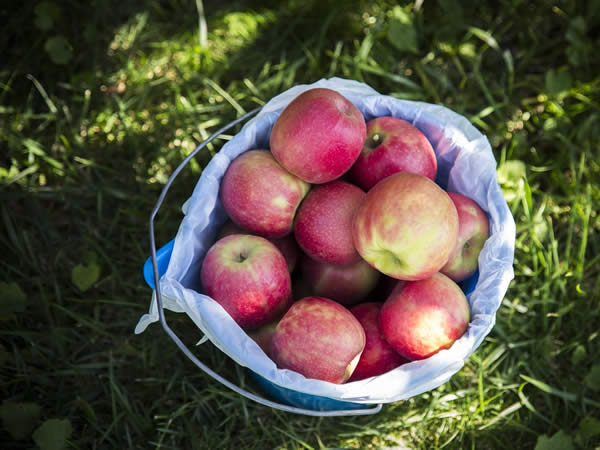 Other Aesir did receive offerings–for example, Bragi could be offered any story, song, poem, or a drink of any kind of alcohol. When in doubt, an offering of mead, beer, or wine will always be appropriate (though in the case of Heimdall, it might be better in the form of an Irish coffee.) It could easily be argued that Loki belongs in this category as well; the myths tell us that He is “counted among the Aesir”, and He is Odin’s oathsworn blood-brother. However, for the purposes of this series of articles, I will list Him with his jotun kin and discuss His offerings in a separate article.