It can be tricky to try to teach your kids Heathenry. I know my way around the myths, but I’m reasonably good at retelling them for adults, I’m not always the best at doing the same for my children. Also, I have to compete with Netflix, YouTube and Minecraft for their attention. So, I try to find small ways to reach them, childish things to peak their interest. Childish is fun!

I’ve written about my precious perler bead god images before but just a week ago, or so, my youngest son really curious about them and started asking questions and demanding that my wife and I tell him more about the gods. Mom was too busy too give answers that would satisfy so he kidnapped dad and him and me spent the best part of the morning looking at them, talking about the symbols, colours and stories. It was great fun, but eventually he started to ask about things not in the perler bead plates, so I googled some artwork of the gods. He loved that. There are just so many colourful pictures for a child to look at, and he would critically scrutinise them to see if their colour scheme were matching the one I had made. If they didn’t he would categorically reject them as wrong. Have you any idea of how hard it is to convince a four year old something can be more than one way?

Fortunately for me there are cultural phenomena that work in my favour when it comes to educating my kids about Heathenry. Things like Julbocken/the Yule Goat, streets named for the gods (there are a lot of Friggagatan and Odengatan in Sweden) and of course the days of the week. However, the names of the days of the week are rather intangible

and less easy to relate to than an object that you can hold in your hand, like the bead plates. So when I decided to teach my eldest son about the days of the week a few years ago I wanted something a little more… childish. I wanted something that was colourful, interactive and still informative, on a four year old’s level. I ended up going with a “Week clock” in the form of a seven petal “flower” and a single hand pointing (when moved by the child) to a simple image representing the god (or, in the case of Saturday/lördag, a concept; lördag in Swedish, from Proto-Germanic *laugō meaning bath, to wash, related to the reconstructed name *laguz for the l-rune) of a certain day. The top petal is red with a yellow hammer in it, an image that is meant to be very easy to decode for a child. I put it at 12 o’clock because we celebrate Torshelgd/”Thor’s Hallow” on that day. All the little images come with stories, that can be easily compacted into a few words before breakfast.

I was very lucky as a kid, my grandfather was very interested in Norse mythology and took it upon himself to impart his knowledge onto his grandson. (No, he didn’t initiate me into the ancient mysteries of Odin, providing me with an unbroken lineage. And no, I don’t think he was a practitioner of the old way, though I sometimes entertained the notion in a sort of wistful way. That would have been really cool.) He might have had an understanding of the old ways that were rather influenced by the national romantic movement, but he did know his myths and he even told me a couple of myths that I don’t really know where he get them form, but that’s a story for another time. He usually wouldn’t sit me down and tell me a whole story, though, he would mostly just point to something that related to the gods and give me a tidbit or two. And that stuck! Ten years later in school, when we were supposed to learn about these things I already knew everything they were teaching about this stuff. (OK, I might be a bit excessively proud about that…) 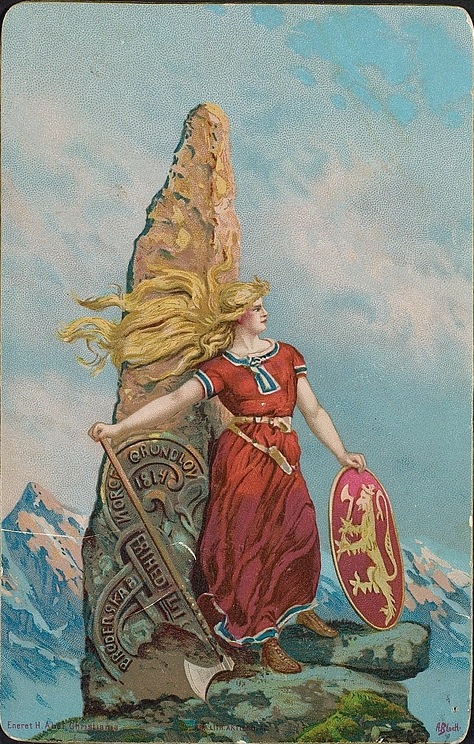 As a young adult it actually took me a while to grow out of the national romantic ideas that he taught me. It took me going to university and studying history of religion and to introduced to the critical thinking of academia for me to start deconstructing and reconstructing that into what I call my Heathenry today. Hopefully I can leave something a little more coherent and spiritual as a legacy to my kids, and a community in which their knowledge is relevant and appreciated. Something less focused on maschismo and the glorification of war. Hm, here’s an idea! My eldest son loves My Little Pony, maybe I could do a retelling of Thor travelling to Útgarða-Loki using re-purposed MLP dolls! Hey, do I know any one that works with animated film? I can just imagine ponies with symbols of heathen gods as cutie marks acting out the myth of the stolen hammer or the kidnapping of Idunn. Come on, wouldn’t that be awesome?

Räv Skogsberg is a Swedish heathen and a goði for "Forn Sed Sweden". He tends to focus on the melding of folklore and pre-Christian ideas and practices in a family and blotlag/hearth context. Räv believes in a here-and-now approach to a Heathenry that is eternally changing.
By Räv Skogsberg